Can Homeownership Make You Happy? 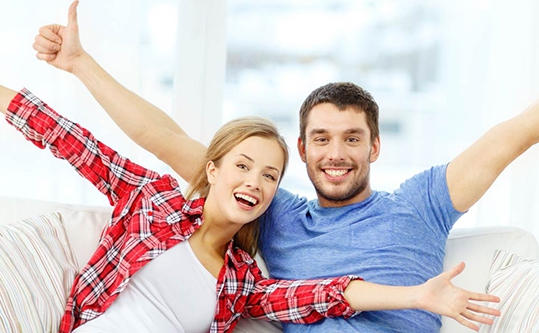 Did you know that numerous studies over many years show a link between owning a home and happiness and overall well-being? For example, a report by the Consumer Financial Protection Bureau shows that homeowners generally have higher financial well-being than non-homeowners.

Research studies have linked owning a home to a number of positive outcomes. Researchers at the University of Southern California and the University of San Diego, for example, have linked homeownership to a reduced risk of teenage pregnancy and a lower possibility that a child will drop out of school. A study conducted by Ohio State University found that children of parents who own their own homes are more likely to score higher in reading and math and have fewer behavioral problems.

At the very least, buying the right home can a key ingredient in being happy, according to a report by HomeAdvisor. The company’s research in the area has found that homeowner happiness boils down to an affordable and comfortable home in a safe and connected neighborhood and with a reasonable commute. Good things to keep in mind during your next home search.

Fannie Now Accepts Timely Rent Payments as Credit Background What is an eClosing? 4 Things to Know Before Getting a Reverse Mortgage Is Buying a House with an HOA a Good Idea? Should I Get a Conventional or FHA Loan?